It is not surprising that the law cannot keep up with the growth in artificial intelligence.  Patent applications have already been filed on behalf of and in the name of a machine called Dabus that used AI to design two products[1].  Nevertheless, progress is being made regarding law reform in this space.

Below are some of the associated legal issues[4].

“appropriate design choices are crucial for automated systems to achieve consistency with concepts such as transparency and accountability; predictability and consistency; and equality before the law”

and calls for effective regulation of technological developments. There are doubts as to whether mere principle based regulation will suffice and therefore the task of drafting such legislation will be both challenging and interesting.

Even when automated systems are deployed carefully and effectively by government agencies, questions remain as to their compatibility with core administrative law principles and the rule of law.  In particular, it is not yet clear whether (or how) such systems can be said to act with procedural fairness.  The legality of actions and decisions by public bodies is called into question as is transparency and accountability of government decisions (in particular, whether automated decision-making software can provide adequate reasons that would in turn facilitate access to judicial and merits review where appropriate)[6].  The independent scrutiny of automated systems prior to implementation is already envisaged by the ALRC e.g. by way of algorithmic impact assessment[7] and therefore creators of AI are no doubt already focusing upon how to demonstrate compliance such tests if they havnt already done so.

Information handled about individuals may not satisfy the definition of personal information under the Privacy Act 1988 (Cth) if the relevant person is for example allocated a code and is therefore not identifiable. Collection by AI may also occur without knowledge or consent (both of the public and the owner of the AI).  Permanent checks and balances are likely to already be in place.

It is important for directors to understand the technology upon which they place any reliance, and any limitations if they intend to rely on the safe harbor provisions contained in s.189 of the Corporations Act 2001 (Cth).

Studies have shown that inadvertent discrimination may occur in the AI’s implementation of its algorithms.

Other issues raised include the propensity for improper use of big data in the financial sector, and consumer law. The WIPO statement of issues goes into greater detail[8].

BACKGROUND AND STATUS OF AI

Article 12. Use of automated message systems for contract formation

“…At present, the attribution of actions of automated message systems to a person or legal entity is based on the paradigm that an automated message system is capable of performing only within the technical structures of its preset programming. However, at least in theory it is conceivable that future generations of automated information systems may be created with the ability to act autonomously and not just automatically. That is, through developments in artificial intelligence, a computer may be able to learn through experience, modify the instructions in its own programs and even devise new instructions. 212. Already during the preparation of the Model Law on Electronic Commerce, UNCITRAL had taken the view that that, while the expression “electronic agent” had been used for purposes of convenience, the analogy between an automated 70 message system and a sales agent was not appropriate. General principles of agency law (for example, principles involving limitation of liability as a result of the faulty behaviour of the agent) could not be used in connection with the operation of such systems. UNCITRAL also considered that, as a general principle, the person (whether a natural person or a legal entity) on whose behalf a computer was programmed should ultimately be responsible for any message generated by the machine (see A/CN.9/484, paras. 106 and 107). 213. Article 12 of the Electronic Communications Convention is an enabling provision and should not be misinterpreted as allowing for an automated message system or a computer to be made the subject of rights and obligations. Electronic communications that are generated automatically by message systems or computers without direct human intervention should be regarded as “originating” from the legal entity on behalf of which the message system or computer is operated. Questions relevant to agency that might arise in that context are to be settled under rules outside the Convention.

There should also be a causal connection or sufficient objective similarity and it is the quality of that which has been copied rather than the quantity which is of importance[28].

Directors who wish to seek protection under s.189 of the Corporations Act should ensure that they are ready to explain why it was reasonable for them to rely on AI in the circumstances. In many cases this is likely to be the case and perhaps AI is more reliable than many humans for certain tasks but if there is anything to suggest the algorithms or data is compromised, then this would suggest that reliance should not have been placed.

Furthermore there is already concern that they may inherently and inevitably discriminate based on correlations of predictive patters and segmentations founded on prescriptive actions[30].

Contact our intellectual property lawyers for assistance in relation to the above. Our commercial lawyers, business lawyers, and disputes lawyers provide expertise in corporate and commercial advisory services as well as litigation and dispute resolution. 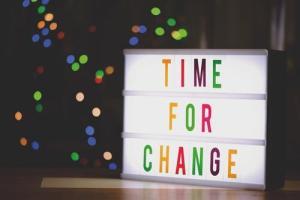 The Fair Work Amendment (Protecting Vulnerable Workers) Bill 2017 (Bill) was introduced by the House of Representatives on 1 March 2017.  A report of the

Employers who wish to sponsor skilled employees from overseas are, in summary, required under the subclass 457 scheme to provide terms and conditions which are

Important considerations when choosing a name for your business

Get bespoke legal documents tailored by a lawyer quickly.  Complete our intake form to get started so that one of our lawyers can contact you within 24 hours.

Commercialise and protect your intellectual property (“IP”) rights with our comprehensive IP Licence Agreement. This fully automated solution is perfect for artists, writers, designers, researchers, inventors and any other owner or creator of intellectual property. Highly customisable in relation to royalties/license fees and restrictions on use

Deed of Assignment of IP

Transfer all types of intellectual property (“IP”) rights with this flexible and powerful automated Deed of Assignment of IP. Can be used to transfer both existing and/or future intellectual property rights. Suitable for use as a stand-alone document or alongside a services or sale of business agreement

Consent to Use of Quote, Image or Recording

Obtaining a proper written release and consent before publishing any testimonial, promotional photo or audio/video recording is the best way to minimise the possibility for legal complaints or claims. Use this simple but effective document to obtain the permission you need.

When circumstances prevent the use of a full-form confidentiality agreement, our ingenious single-paged NDA is the solution you need to protect your confidential information. Provides one-way confidentiality between a single disclosing party and single recipient all on one page.

T: +61 2 8005 7388 E: contact@hglaw.com.au Please provide all the requested information and follow the prompts to receive your document and a complementary consult.